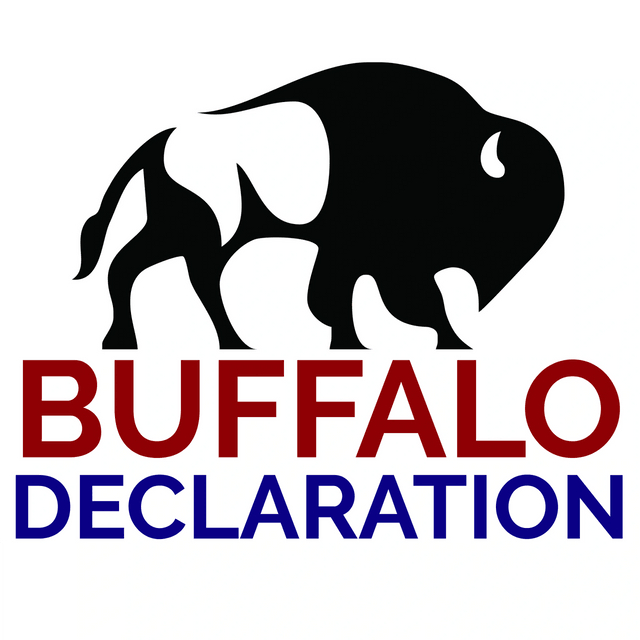 Alberta is not, and has never been, an equal participant in Confederation.

Alberta is a culturally distinct region, but this has not been recognized.

Alberta is physically and structurally isolated from economic and political power structures.

Eastern Canada functionally treats Alberta as a colony, rather than an equal partner.

Confederation must rectify the critical injustices that prevent Alberta's equal participation in Canada. We have given serious thought to the structural reforms necessary.

Click to read how we think we can fix these problems and add your solutions to ours.

Our goal is to present solutions to the issues angering Albertans, and in doing so, strengthen Canada.

We are elected by the people we represent to give voice to their concerns, and we are proud to do what is right by our people.

Now we need your help.

Why call it the "Buffalo Declaration?"

Before joining Confederation in 1905, Alberta and Saskatchewan were part of an enormous expanse which Canada called the North-West Territories.

The inequality of the West’s place in Canada was acutely displayed when the North-West Territories’ first premier, Sir Frederick Haultain, sought provincial status for his large western territory, which he called Buffalo. The federal government feared this would concentrate too much power in one province and grow to rival Quebec and Ontario.

Despite Premier Haultain’s efforts, Alberta became a province separate from Saskatchewan on September 1, 1905.

Signatories to the Buffalo Declaration: