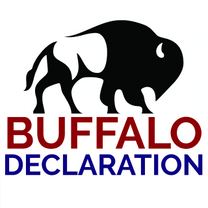 Alberta must be allowed to take immediate actions to exercise equality in Confederation. We support Premier Jason Kenney’s initial efforts in this regard, as his government’s Fair Deal panel explores the creation of a provincial revenue agency, withdrawing from the Canada Pension Plan, establishing a provincial police force, and other measures. These measures could give Alberta greater autonomy while creating leverage and awareness of the need for greater structural reform.

But we must go further. Much further.

To rectify some of these critical injustices we have given serious thought to several structural reforms. This list is meant to be a starting point, not an exhaustive list. In addition to acknowledging the issues discussed above, any leader concerned about the unity of Canada must commit to immediate, concrete action to rectify the historical inequities of Confederation. We encourage everyone to see this as a starting point, to add to this list, and to build upon it. We also encourage every Canadian who is concerned about the future of our Confederation to participate and share their solutions to the issues we have raised.

1) Recognize Alberta is not an equal partner in Confederation.

2) Balance representation in Parliament to ensure unique regional interests, like those in Alberta, are safeguarded. Whether it be through Senate reform or otherwise, we must balance the current representation by population with an elected element of regional representation to create fairness in the federation and ensure all parts of the country know their voice will be heard no matter who is in power.

3) Recognize Alberta – or Buffalo - as a culturally distinct region within Confederation. Promote awareness of the same.

4) Acknowledge, in the House of Commons, the devastation the National Energy Program caused to the people of Alberta.

5) The status quo of the Equalization program is fueling western alienation. Many are asking for the elimination, or the phase out, of the Equalization program in addition to retroactively lifting the cap on the Fiscal Stabilization Fund, which is already supported by all provinces and territories. An immediate change to the Equalization program should include treating all resource revenues in each province/territory the same under the program. These changes would acknowledge that programs like the Canada Health Transfer and the Canada Social Transfer already provide equitable stable funding for provincial social programs, would ensure all regions are treated equally, and would serve to remove disincentives for provinces to improve their fiscal situations.

6) Retrench and clarify free-trade provisions in Canada in the Constitution.

7) Constitutionally entrench resource projects as the sole domain of the provinces.

8) In the event Alberta begins to collect its own taxes, enable the province to also collect federal taxes and remit the federal share to Ottawa.

9) Enact structural change within Canada’s federal government to ensure all regions have a voice within its political and justice system, including:

12) Recognize rural areas of Western Canada are isolated from the power structures of urban Eastern Canada and face unique challenges. This means creating a formal consultation requirement to ensure their voices have equal import in policy related to economic development, rural crime, and firearms ownership. Repeal any policies with detrimental impacts regarding the same.

The structural inequities above have perpetuated serious policy issues, which need to be addressed immediately to restart Alberta’s economic engine so it can fulfill its potential and continue to be contribute to the success of our country.

2) Immediately table a plan to see the reversal of agricultural trade restrictions with countries such as China, India, and the United States that have had a disproportionate negative impact on Western Canada.

3) Immediately table a plan to protect the integrity and essential services provided by Canadian infrastructure such as rail, pipelines, and highways to ensure Canadian commodities have access to global markets.